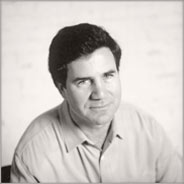 Mr. Phipps is Principal and founder of Dan Phipps Architects, a San Francisco based firm he began in 1984. Mr. Phipps is a native San Franciscan where he attended Lowell High. He received his undergraduate and graduate education in architecture at the University of California, Berkeley where he was also a guest lecturer from 1980-82. Mr. Phipps was licensed to practice in California in 1985.

Mr. Phipps believes that his firm has an opportunity and a responsibility to make a difference in the community. He has gathered a group of diverse, intelligent individuals with varying strengths and talents to round out his team. It is essential to him that DPA works in close association with the clients and all other project team members to respond carefully to the project needs, neighborhood context, site conditions and budget.

Believing in the importance of sharing his knowledge and love of architecture with young people, Mr. Phipps has spoken to student groups, including Career Days in San Francisco Public Schools.

Mr. Phipps is an accomplished cello player, having taken part in varied performance venues including stage productions, concerts and small ensembles. Also, he has explored acting in the theatre, and he is an accomplished and published chef de cuisine.